Ha Long Bay is a port in the North of Vietnam on the Gulf of Tonkin, not far from the China border. Fr. Binh has a friend, Dr. Le, who works at a hospital here. Dr. Le studied English in the Portland Metro area a few years ago. She works at a government hospital as an internist and was very helpful to Fr. Binh and myself who were both dealing with minor health concerns. We’re much better now.

Ha Long Bay is known especially for its limestone formations, which exist elsewhere in Vietnam, but in unique grandeur here. We took a six-hour boating excursion to view the formations and some of the caves therein.

Tomorrow we head for Bắc Ninh where we will meet Kim Dung, the founder of the Southeast Asia Relief Association. I look forward to seeing the hospital she built and the other works of her organization. 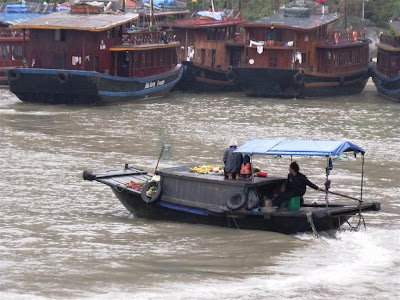 We took a boating excursion on Ha Long Bay (on one of the bigger boats, not the little one in the foreground). 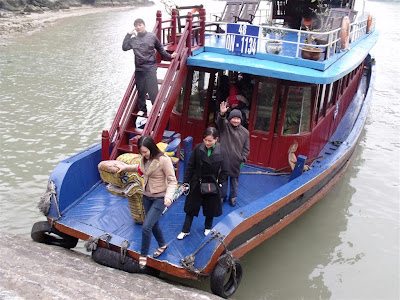 Fr. Binh disembarking following his friend, Dr. Le, our host in Ha Long Bay who studied English a few years ago in the Portland Metro area. 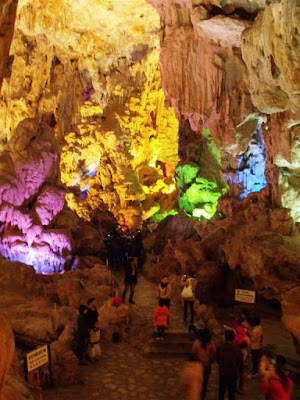 Inside the limestone formations are hidden numerous caves. 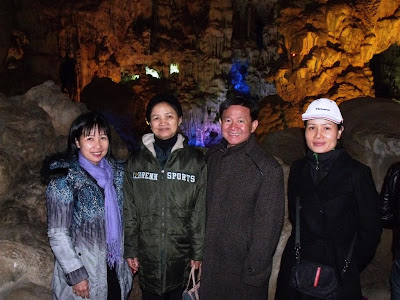 Inside one of the caves are Huong Nguyen, who works for SARA, Dr. Le’s mother, Hoi, Fr. Binh and Dr. Le. 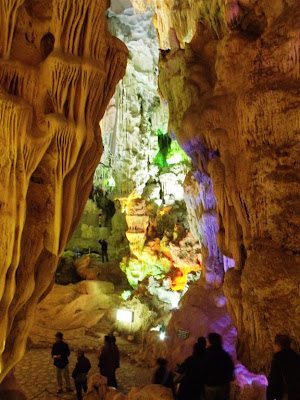 The rock formations dwarf the tourists. (above and below) 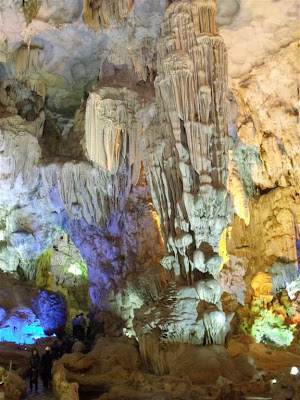 A panorama of one of the island clusters. 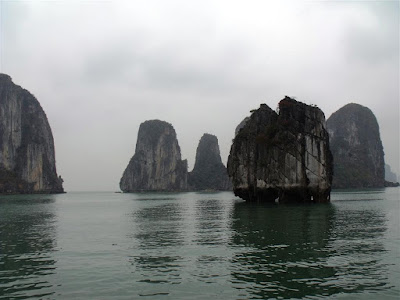 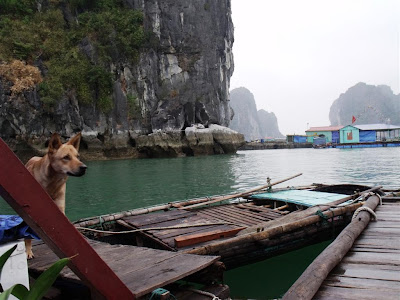 The resident dog on this floating fish market. Other such markets can be seen in the back ground. 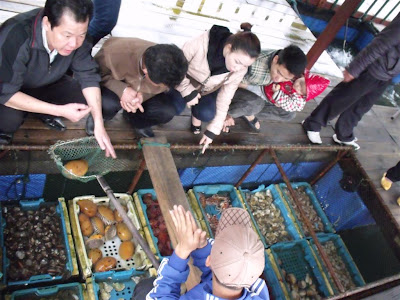 The fish market in action. The man on the far left was on our boat and lives in Berlin, Germany but is home visiting family. He did not speak English, so he and I engaged in small talk, as my limited German ability allowed me. 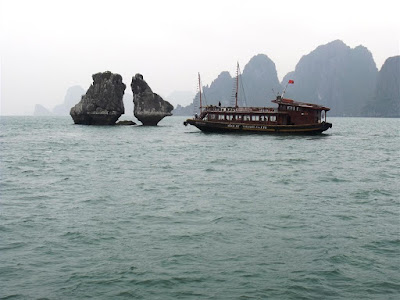 This formation is said to be a rooster and a hen on the verge of a kiss. 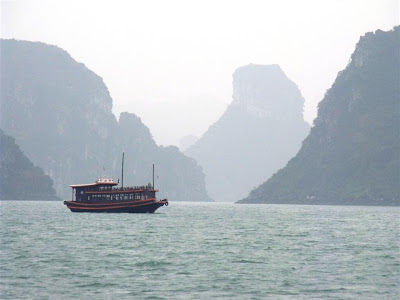 Every view is spectacular and mystical. 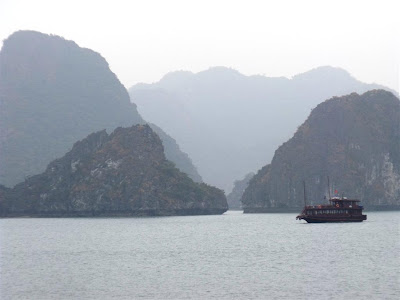 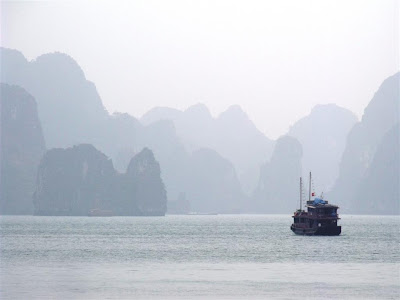 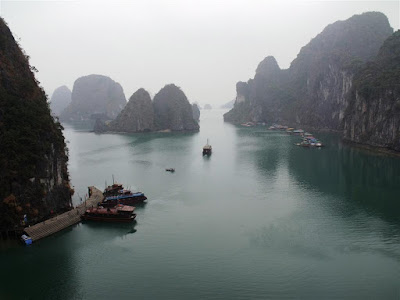 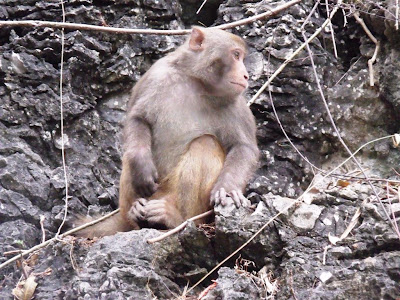 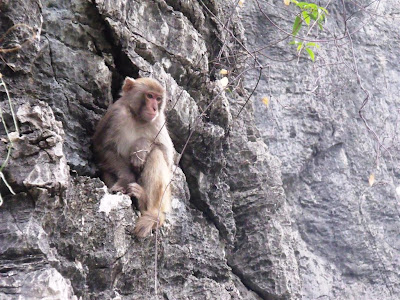 A video shows how, in some locations on the bay, one can be completely surrounded by these magnificent limestone formations.
Posted by Bridget Becker at 4:33 PM